Q
TO A LARGE EXTENT
BY FREE-MARKET CAPITALISM,
WHICH IS ONE REASON WHY THIS PARTICULAR IDEOLOGY HAS BECOME SO POPULAR.
Capitalist thinkers repeatedly calm us: 'DON'T WORRY, IT WILL BE OKAY! Provided the economy grows,
the invisible hand of the market will take care of everything else?' Capitalism has thus sanctified a voracious
and chaotic system that grows by leaps and bounds, without anyone understanding what is happening ànd
whither we are rushing. (Communism, which also believed in growth, thought it could prevent chaos and or-
chestrate growth through state planning? But after initial successes it eventually fell far behind the messy
free-market cavalcade!) Bashing free-market capitalism is high on the intellectual agenda nowadays.
Since capitalism dominates our world, we should indeed make every effort to understand its shortcomings
before they cause apocalyptic catastrophes! Yet criticizing capitalism should not blind us to its advantages &
attainments?! So far it's been an amazing success - at least if you ignore the potential for future ecological
meltdown, and if you measure success by the yardstick of production and growth!? In 2016 we may have
been living in a very stressful & chaotic world, but the doomsday prophecies of collapse & violence have not
(yet) materialized, whereas the scandalous promises of perpetual growth & global cooperation are fulfilled?
Although we experience occasional economic crises & international wars, in the long run capitalism has not
yet managed to prevail, but also to rein in famine, plague & war! For thousands of years priests, rabbis and
muftis explained that human cannot control famine, plague & war by their own efforts. Then along came the
bankers, investors & industrialists, and within 200 years
managed to do exactly that. 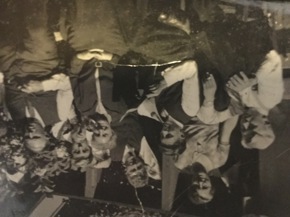